‘Omar’ and the Oscars 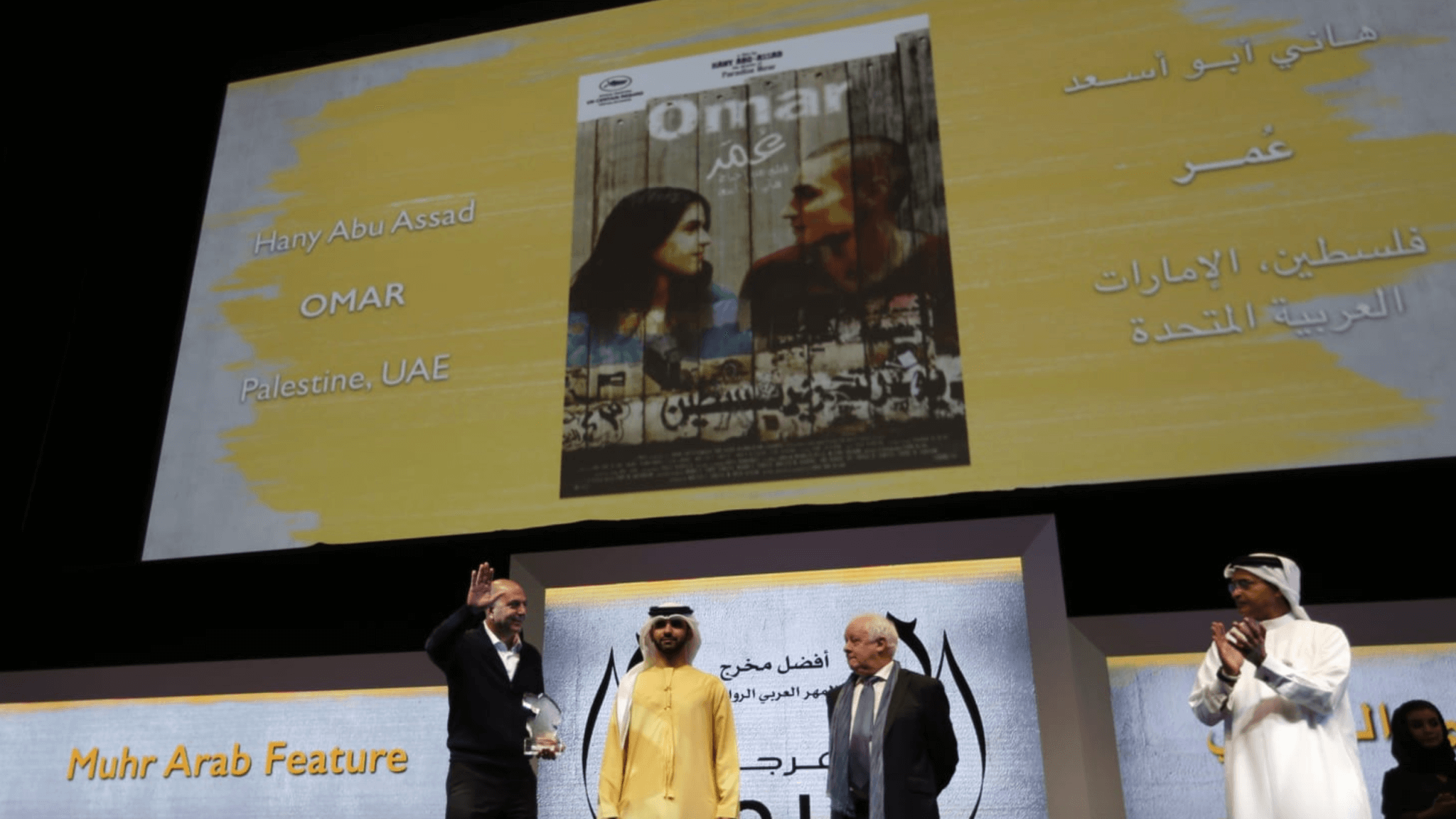 On Friday the 13th, the movie “Omar” won Best Film at the Dubai Film Festival. There is very little I could tell you about the plot of Palestinian filmmaker Hany Abu Assad’s new thriller without turning this piece into one big spoiler. Abu Assad’s new masterpiece is the perfect follow-up to the 2006 Golden Globe-winning “Paradise Now,” which he also penned and directed. “Paradise Now” was surrounded by controversy, from accusations that Abu Assad was glorifying suicide bombing to utter confusion as to what country the film would represent during the awards season. The latter controversy dogged Paradise Now all the way to the Oscars. There were several critics who objected to the fact that a film directed by an Israeli citizen would represent Palestine, a country these critics adamantly insisted does not exist.

A similar attempt was made to claim last year’s Academy Award for Best Documentary Feature nominee “Five Broken Cameras” as property of Israel, even though the filmmakers, one Palestinian and one Israeli, insisted the film was indeed Palestinian. In 2006, when Oscar time finally came, the producers of “Paradise Now” were promised that the film would be credited to Palestine. When the category came up, however, the teleprompter for Will Smith, who was presenting, read “Palestinian Territories” instead. “Paradise Now” lost the Oscar but did win at the Golden Globes, and the Hollywood Foreign Press Association even allowed the film to be listed as having been made in Palestine.

Hany Abu Assad went to great lengths to avoid a similar controversy with “Omar,” which is Palestine’s official entry for the 2013 Academy Awards. The crew, the actors, and even the financing are all Palestinian, yet Israel has still found a way to try to claim “Omar” as its own. Israel is adamant that since Abu Assad is an Israeli citizen and large portions of the movie were shot in Nazareth, the film must therefore be Israeli. Hany Abu Assad killed all that noise really quickly. He is unapologetically Palestinian and no Israeli passport will change that, much to the chagrin of those who have worked so hard to morph the over one million Palestinians who carry Israeli papers into vague Arabs. Hany Abu Assad, from his first film, “Ford Transit,” to this latest creation, challenges the physical separation of Palestinian society by viewing the Palestinians as one community. He moves fluidly from Nazareth to Nablus in his films, simultaneously addressing and tearing down the walls the Israeli government has built to separate us.

In addition to reclaiming Palestinian identity, “Omar” turns the microscope on another hot-button issue that has plagued Palestinian society: turncoats. The word “jasoos” in Arabic means traitor, but the worst kind of traitor, like Judas betraying Jesus. This theme was touched upon in “Paradise Now” and is eviscerated in “Omar.” The pervasiveness of and paranoia surrounding traitors in the Palestinian-Israeli conflict is the centerpiece of the film. Calling a Palestinian a jasoos is by far the worst slur you could throw at him. It is no joke and being labelled as such could result in the accused being ostracized by his community―or quite possibly executed―even if the accusations are never proven.

Omar delves into the way the Israeli security apparatus exploits and manipulates Palestinians’ personal lives in order to force them into turning informant for the Shin Bet, the Israeli equivalent of the FBI. Anyone interested in the conflict should go see “Omar” because the film gives the most honest depiction I’ve seen on screen of Israel’s complete control over every aspect of the Palestinians’ daily life. It also gives international audiences a shocking look into life inside Israel’s political prisons and a bird’s-eye view of the torture and solitary confinement that are standard punishments for Palestinian prisoners. Abu Assad also beautifully depicts what it feels like to navigate the outdoor terrain as a local. The film’s protagonist, Omar, hops over the monstrous gray wall effortlessly, only to pop out on the other side in another Palestinian area, illustrating that the separation barrier does more to divide Palestinians then it does to secure Israelis.

The thriller has garnered much praise and was awarded a jury prize for the Un Certain Regard section of the Cannes Film Festival. Now “Omar” will wait and see if it snags a coveted Oscar nomination. Also on the short list, waiting for an Oscar nod, is Israel’s official submission, “Bethlehem,” which, coincidentally, tells the story of a Palestinian collaborator. This begs the question of which film came first and whether there was a traitor among one of the crews who leaked the plot to the other side.

Hany Abu Assad is not just a Palestinian trying to make a movie. He is an old-school film buff who has studied all of the greats, from Elia Kazan to Alfred Hitchcock, and his movies are created in the same vein. He has shunned a prolific Hollywood career in favor of painstakingly making the movies he wants to make and telling the stories he chooses to tell. “Omar” is funny and suspenseful, with the perfect balance of romance and action. The cast of this must-see movie is also top notch. Hany Abu Assad transports his audiences to the Holy Land and allows them to witness everything from its beauty to its brutality in 96 action-packed minutes. If you cannot visit Palestine and experience first-hand what it feels like to live like a rat in a cage, I highly recommend seeing “Omar” instead. It as close as you can get to the real deal without having to cross a checkpoint.

PrevPreviousHey-Hey, Ho-Ho, Mahmoud Abbas Has Got to Go
NextSomewhere Over the Separation BarrierNext
< See all of my posts