Nine Lives: 1 Down at the Daytime Emmys 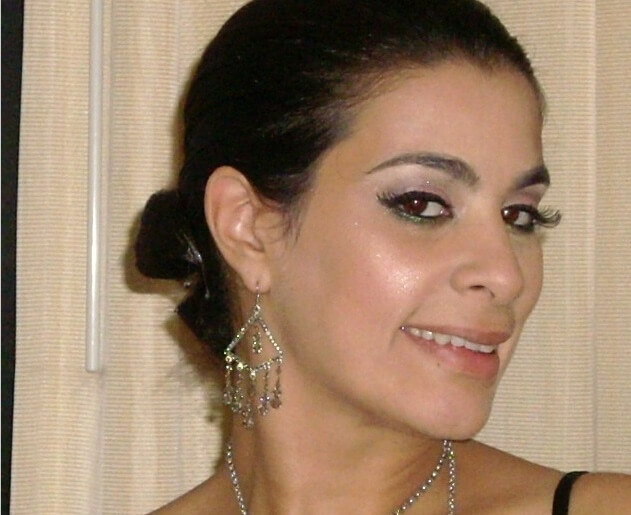 I have been addicted to soap operas since I was five years old. Yes, five. Although my parents were super strict and conservative, they missed the boat on monitoring our television consumption. As a tot I spent a summer wondering “Who shot JR?” I memorized Andrew Dice Clay’s entire nursery rhyme routine at age ten which included gems like “Miss Muffet, I Ate Her Tuffet”, and I loved my soap operas. I followed three religiously; As the World Turns, The Guiding Light, and my most favorite, General Hospital. Being a fan of Guiding Light and General Hospital posed a challenge. They were on at the same time so for years I flipped between the two during commercials. Then I got a VCR. We always got cutting edge equipment before anyone else because my dad used to deal electronics. I would tape Guiding Light while watching General Hospital live. And my dream in life was to be on General Hospital. I even studied acting in college.

When I graduated ASU, I moved back home because that’s what good Arab girls do. I altered my dream of being on General Hospital to being on As the World Turns instead. They filmed in New York City, the perfect location for a life-long Jersey girl to have her dream come true. I landed in an acting class recommended by my mentor from ASU, Marshall Mason and low and behold two of the actresses in my class were on As the World Turns. We became besties.

Terri Conn was my blond-haired, blue-eyed photo negative of me.  We were the same age, 22, but she already had tons of TV experience. Jaime Dudney was the other As the World Turns starlet in my class. She was also Barbra Mandrel’s daughter. I had grown up watching Barbra Mandrel and the Mandrel Sisters variety show, so I was star struck . Terri petitioned to get me on As the World Turns. My first ever television appearance was as an extra on a soap opera. Dreams do come true if your dream is to play Diner Number 3 and to only be recognizable by the back of your head. The year I met the girls from ATWT was also the first year I ever attended the Daytime Emmy Awards; the Oscars of the Soaps. I wasn’t nominated. I wasn’t even invited. I was a seat filler.

A seat filler is a person who fills any empty seat in the audience so that if the camera pans to the stars being nominated, there is never an empty seat in the house. Basically our job was to keep Susan Lucci’s seat warm while she went to the powder room.  The key to being a great seat filler is the ability to move fast through a row of evening gowns without knocking people’s knees. I was very bad at this job. Dick Clark yelled at me during a commercial break to “move faster”. He had no way of knowing that I was gimpy, so I don’t blame him. Also he made the announcement over the PA system so there’s a possibility he wasn’t talking about me when he said, “The person standing up, please sit down immediately.” But in my mind, he was totally talking to me. It is one of my fondest memories.

After the awards ceremony concluded, each network or producers had their own party. The ABC party was the party that everyone wanted to be at. It was where the General Hospital stars were. I would have killed and gone to jail to be at the ABC party. Instead, I went with Terri and Jami to the Procter and Gamble party. I was wearing a lilac corseted bridesmaid’s dress with way too much cleavage. Corsets push you up while pulling you in. I had no business pushing up my chest. It practically blocked my vision. I had never worn the dress before because the wedding I was wearing it to got called off by the bride. It was like something out of a soap opera, so I thought the dress was perfect for the occasion. I followed Terri around the party like we were conjoined and tried my best to look hip.

After some mingling, we gave up and sat down with Jaime. There were servers passing out hors d’oeuvres. I grabbed a beef tenderloin crostini and popped it in my mouth. I had really impressed myself by not dropping it. The tenderloin slid down my trachea and I began to choke. I was going to die in the coolest way possible at a Daytime Emmy’s after party. But I was not ready to go so I tried to cough up the assaulting appetizer. Unfortunately, the way-too-tight corset top of my dress made coughing impossible and I began to turn lilac.

I remember Terri screaming, “Oh, my God” and getting super blurry. And then Jaime Dudney whacked me on the back with the kind of strength only a southern girl has. And that meat went flying out of my mouth and across the table. One of the hottest male actors on Guiding Light turned around and looked at the moist lump of meat and bread in disgust. It was the greatest night ever.