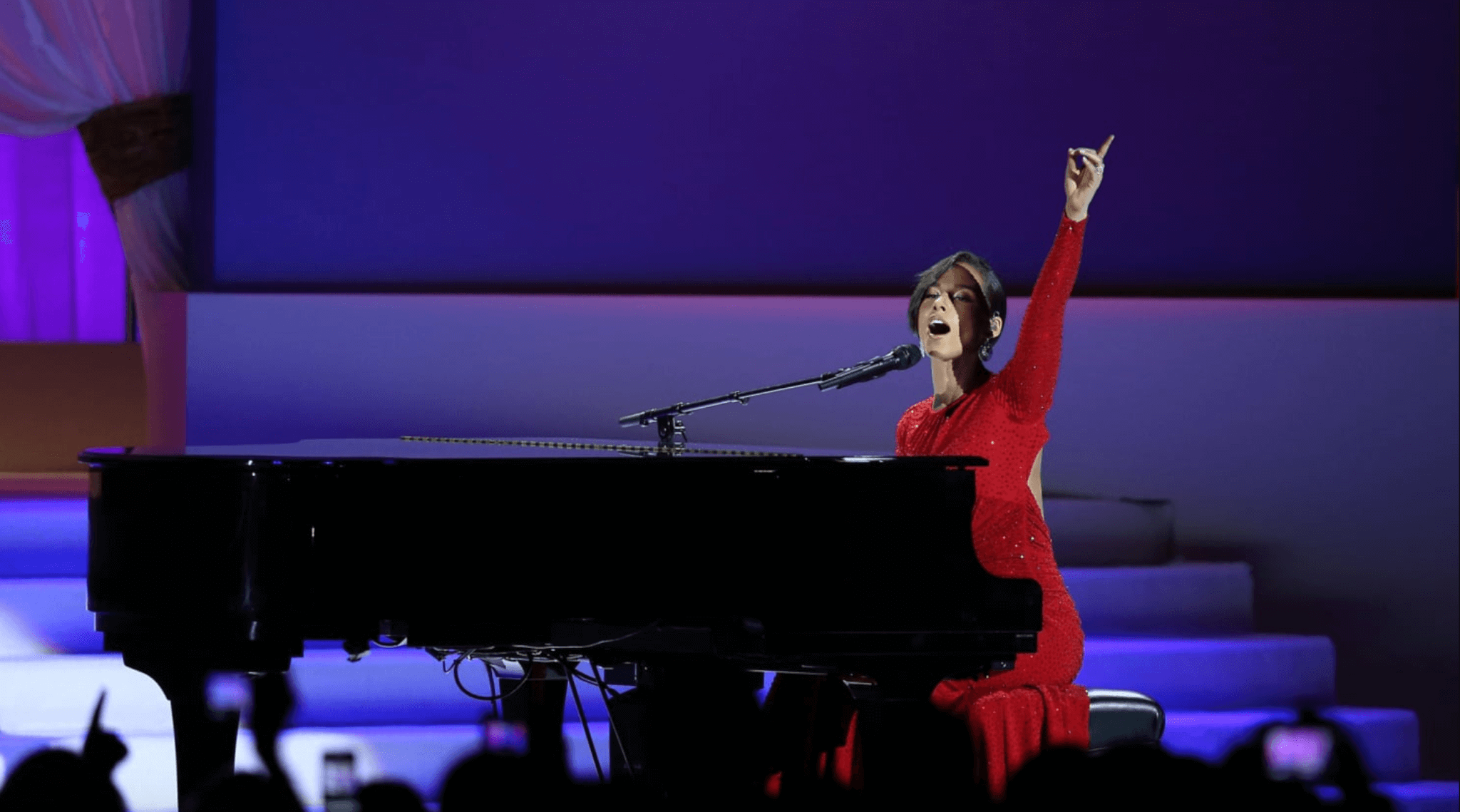 Alicia Keys is going to play Israel, and no one is going to stop her. When Keys announced Tel Aviv would be one of the stops on her “Set the World on Fire” Tour, the Boycott, Divest, and Sanction Brigade collectively let out a primal scream. They begged Alicia to stand with the Palestinians and agree to the cultural boycott of Israel. A petition was immediately launched, aptly titled “Alicia Keys: Don’t Play Apartheid Israel on July 4, 2013 in Tel Aviv: Cancel Apartheid Israel Show.” My first question was, “Did they object to her playing on July 5th?” The answer is yes.

The Palestinian cultural boycott fashions itself after the successful 1980s boycott of South Africa by prominent musicians who stood together to object to the apartheid system. That cultural boycott’s anthem was “I Ain’t Gonna Play Sun City” written by Bruce Springsteen’s best buddy and future Soprano, Steven Van Zandt. The Artists United Against Apartheid was a who’s who of ‘80’s musicians and included everyone from Pete Townsend to Pat Benetar to RUN-DMC and Ringo Starr.

The Palestinians’ cultural boycott has yet to compile such an impressive roster or theme song, but a few big names have signed on. BDS has about a .348 batting average. They convinced Elvis Costello that there was nothing funny about peace, love and boycotting and got him to cancel his gig in Tel Aviv. They also got the Pixies and Stevie Wonder to say no to Israel and yes to solidarity. As of my last gander, the Keys Don’t Play Your Keys in Israel petition had 11,179 supporters, but Alicia Keys is like a honey badger and she doesn’t give a hoot. She has made it crystal clear that she is not canceling her Israeli tour stop and will spend the Fourth of July crooning at Nokia Arena in Tel Aviv. In a statement to the New York Times, Keys stated, “I look forward to my first visit to Israel. Music is a universal language that is meant to unify audiences in peace and love, and that is the spirit of our show.”

I object to beating anyone, so I suggest the Palestinians join Alicia, or rather ask her to join us.

Alicia Keys, I am inviting you to come visit Palestine. It’s just a short cab ride from Tel Aviv and I know a great driver who speaks English and can come and pick you up. I would offer to drive you myself, but I have cerebral palsy and don’t want to scare you. On the way to the West Bank, perhaps you could take a detour to visit some of the African neighborhoods in Tel Aviv. There, Alicia, you could see for yourself how your brothers and sisters are treated in Israel. It’s quite shameful. You could also visit one of the African refugee detention centers and speak with them about their fear of impending deportation. As a new mother, maybe it would be nice for you to meet with the Ethiopian women, living in Israel, who were given Depo-provera shots and find out what the real story is and whether they were coerced or not. I am no expert, so it would be best for you, Ms. Keys, to go see for yourself.

I am well aware that some of Israel’s Arab neighbors have abysmal track records with African migrants and less than stellar human rights records in general. Alicia Keys is not performing in any of those countries or I’d be explaining to her how the Arab world has failed the Sudanese and that no woman should perform in Saudi Arabia until the monarchy gives all women the right to breathe. Palestinians, however, are not their neighbors. There is a small but mighty black Palestinian community in the Holy Land and there is a history of solidarity between Palestinian activists and African communities that were also colonized. The only racism Alicia Keys is likely to encounter in the territories would be some fool trying to touch her braids.

Before the diehard BDS crew crucifies me, let me explain why I believe my invitation is not normalization. I don’t want Alicia Keys flown in via helicopter from Tel Aviv to The Movenpick in Ramallah. No, I want Ms. Keys to trudge through Qalandia checkpoint and get her bag caught in the turnstiles, only to be spit out into the housing projects on the other side also known as the refugee camp. She could meet the Palestinians who have spent a life displaced for being members of the wrong faith. She could see how they live the life her comrade Jay Z sings about when he reminisces about his days growing up in Brooklyn’s Marcy Housing Project—a life full of violence, drugs, poverty, friends dying young, and jail stints.

Alicia Keys can enter Bethlehem without crossing a checkpoint and needing a permit. It’s leaving that’s a problem—but she will have no issues because she is an American citizen, and not born Palestinian. The powers that be will let her out, but they will not be happy she visited. I don’t care if Alicia Keys chooses to sing in Palestine—who am I to tell her not to? Even if she goes to Gaza and performs with Mohammed Assaf, I still refuse to label it normalization. It is a teachable moment.

Roger Waters, one of the loudest proponents of the BDS movement, did not honor the boycott when he cancelled his show in Tel Aviv and moved it to Neve Shalom. He did, however, see Palestine first-hand and supported the Palestinian cause once he did. It took BDS’s newest poster child, Stephen Hawking, several trips to Israel before he decided to stand with the boycott.

Why not give Alicia Keys the same chance? Why not let her see what’s left of Palestine for herself and see how the wall has caged its people? Let her experience first-hand what it means to be a girl on fire as tear gas burns her eyes at one of the many non-violent protests held in Palestinian villages. Let her understand that although she wants her concert to promote love, peace and unity, only the Jewish folks living in the West Bank are allowed to attend her show. The Christians, Muslims, and those who follow Ricky Gervais are not allowed to join the fun. So much for unity. Maybe after visiting Palestine, she will really become a voice for love, peace and unity rather than a silly artist turning a blind eye to the human rights violations happening right next door to the theatre she is singing at.

If Alice Walker, who was basically Oprah before there was an Oprah, couldn’t persuade Alicia Keys to boycott, I’m pretty sure no one can. Instead, I repeat my invitation. Come visit Palestine, Alicia, and I guarantee you’ll be falling in and out of love with Israel’s racist policies quicker than you can cross a checkpoint.

PrevPreviousGoogle ‘Palestine’—It Exists, And So Do Palestinians
NextWho Wants To Be Prime Minister? Not Rami HamdallahNext
< See all of my posts