Mohammed Assaf: From Underdog to Idol 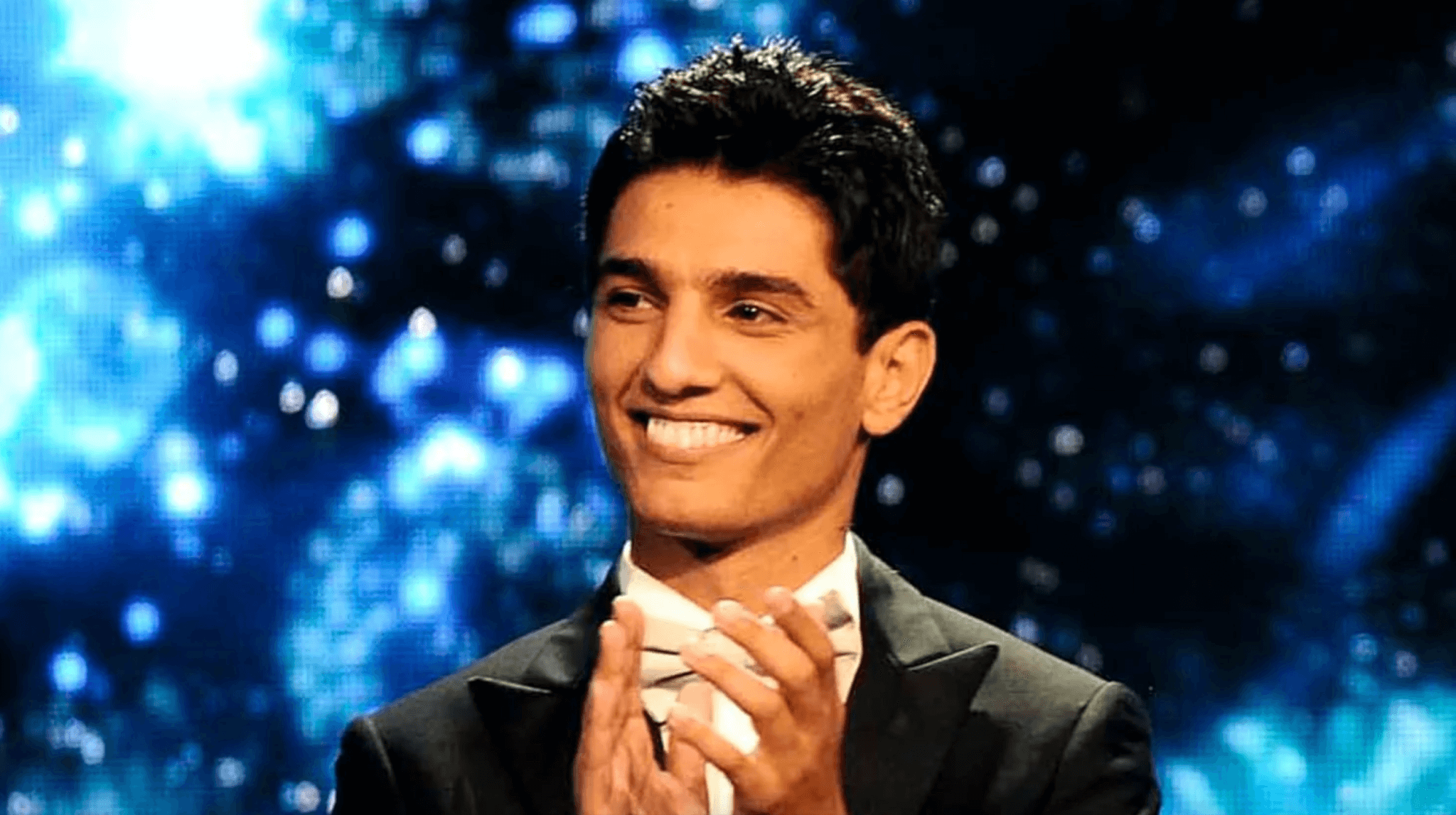 And the winner is … On the eve of the summer solstice, Arab satellite mega-station MBC broadcast the finale of the second season of Arab Idol. For those unfamiliar with the phenomenon known as Arab Idol, it is basically the Pan-Arab version of American Idol, complete with cheesy cover songs, a star-studded judges’ table, and dreams coming true or being broken by viewers’ voting. This season’s finale, broadcast live from Beirut, was a nail-biter, even though there was a clear favorite from day one, Mohammed Assaf.

Assaf, the Palestinian wedding singer whom superstar judge Ragheb Alama lovingly nicknamed “the rocket of love and peace from Gaza,” was without a doubt the breakout star of season two. But he had stiff competition in the form of Ahmed Gamal, his fellow finalist from Egypt. The Egyptians outnumber the Palestinians by about 70 million potential voters. The fear was that they’d choose nationalism over talent and swing the vote in their countryman from Cairo’s favor, stealing the Idol title from Mohammed. Palestinians have had enough stolen from them, and they refused to just sit there twiddling their thumbs while they lost yet again. They campaigned feverishly, posting Facebook statuses begging Palestinians from all over the planet, and those who loved them, to text “3” to vote for Assaf and guarantee their homeboy’s victory.

The Arab Idol finale mirrored its Western counterpart by featuring pop artists performing their greatest hits to kill time and commercials, lots and lots of commercials. The ads featured were eerily similar to those televised during the Super Bowl and illustrated that Arabs don’t so much hate Americans as much as they want to buy American. The broadcast was heavily peppered with commercials for Pepsi, Kit Kat, Chevrolet, and KFC. Apparently, KFC Arabia serves tartufo and profiteroles, which explains why Palestinians craving it in Gaza go through the trouble of having it smuggled in from Egypt.

The never-ending spectacle reached its crescendo during a stunning group performance of a medley of songs from Cameron Macintosh’s legendary musical, Les Miserables. The Broadway mashup was sung, in Arabic, by the 27 original season-two competitors and featured jaw-dropping solos from the finalists. The lyrics, written decades ago for a piece about the French Revolution, could have just as easily been written for the current generation of Arabs, in the Middle East, fighting the power. The young songbirds on the Arab Idol stage knew of what they sang, as they belted out “I Had a Dream,” a ballad about shattered dreams; “Empty Chairs at Empty Tables,” an ode to friends gone too soon; and “Do You Hear the People Sing,” a revolutionary anthem. They had survived unthinkable atrocities of war and witnessed the Arab Spring in all its glory and gore firsthand. This was the face of the Arab world, so rarely seen. This was not the Muslim Brotherhood denying women their rights, Assad butchering his people, or the vague Muslims terrorizing Israel. These ridiculously attractive and talented performers singing their hearts out represented the true face of a generation and a revolution that may have begun with the Arab Spring but was nowhere near over. They symbolized hope for an Arab Summer and reminded those currently in control that judge Nancy Ajram will always have more influence and power than any theocracy—because that girl can twerk, so resistance is futile.

Millions of viewers in the Middle East and across the globe sat glued to TV sets, computer monitors, and jumbotrons waiting to see who would be crowned the next Arab Idol—and, boy, did they wait. MBC dragged the finale out for longer than the average Academy Awards broadcast before finally announcing the winner in the last two seconds to the captive worldwide audience. Enough suspense: Mohammed Assaf won.

The moment his name was announced something unprecedented happened, Palestinians spilled out of their houses, into the streets, and started dancing like Israel wasn’t watching. In Gaza, Ramallah, Lid, Nazareth, and Jerusalem, they partied like Palestine had been freed. Folks who lack the right to assemble, and are usually shot at, tear-gassed, and jailed when they do, had assembled and nobody dared stop them. Those stupid enough to try got punched in the nose and backed down. And when Assaf’s fans, living on Israel’s side of the wall, joined the festivities by the thousands to celebrate his win, they reminded their neighbors that they are not just vague Arabs. They are Palestinians, they’ve got talent, they are multiplying, and they are not going anywhere. Mohammed Assaf had united the Palestinians Israel had worked so hard to divide with walls, checkpoints, and oceans, with nothing but a dashing smile and the voice of an angel.

Mohammed Assaf is the Palestinian Gandhi the world has been looking for. After being crowned Arab Idol, one of his first statements was, “A revolution is not just the one carrying the rifle, it is the paintbrush of an artist, the scalpel of a surgeon, the axe of the farmer. Everyone struggles for their cause in the way they see fit. Today I represent Palestine, and today I am fighting for a cause through my art and the message I send out.”

This is a guy who grew up in one of the most impoverished, dangerous ‘hoods in Palestine, and here he is publicly advocating nonviolence. Mohammed Assaf is not just an incredible singer, he is also an extremely articulate, inspiring, and politically savvy speaker. He reiterated over and over throughout the competition that was this was bigger than just him, about representing Palestine, its reality, its struggles, and its dreams. During his thank yous, he shouted out to everyone: the prisoners, the dead, Palestinians living anywhere and everywhere, and all the women who’ve proposed to him. He even remembered to thank the voters and admonish cellphone companies for fleecing his fans. Finally, he thanked his mom and dad because without them he simply wouldn’t be here. His father cheered, his mother wept, and the world saw that contrary to popular belief, Palestinians are not savages. They love their children and want to see them achieving their goals and staying alive.

Hamas, which is usually a fun sponge, stayed quiet, while Palestinian Authority President Mahmoud Abbas did his best to photo-bomb Assaf’s big moment. It was announced when Mohammed won that Abbas had granted him diplomatic privileges. This was a lovely gesture, despite the fact that Abu Mazen has to ask Israel for permission to go to the bathroom and therefore has no business handing out privileges he can’t keep. Try as they may, no faction can claim this hero; Assaf is his own man, and he represents the Palestinians they fail to—the majority. The Palestinian leadership should take notes from Mohammed on how to unite rather than divide, because if elections were held in Palestine today, Mohammed Assaf would win in a landslide just like he won Arab Idol. Unlike Hamas and Fatah, which always insist on representing themselves, he chose to represent the people they’d forgotten, the Palestinians.

Word on the street is that Israel will not allow the all-American Chevy Camaro Mohammed won on Arab Idol to enter Gaza. This competition is far from over, however. Mohammed Assaf has proven that even when the world is against you, dreams still can come true, and knowing him, not only will he get that car into Gaza, but he’ll drive it all the way to Jerusalem.