Gaza to Jersey: A Star is Born 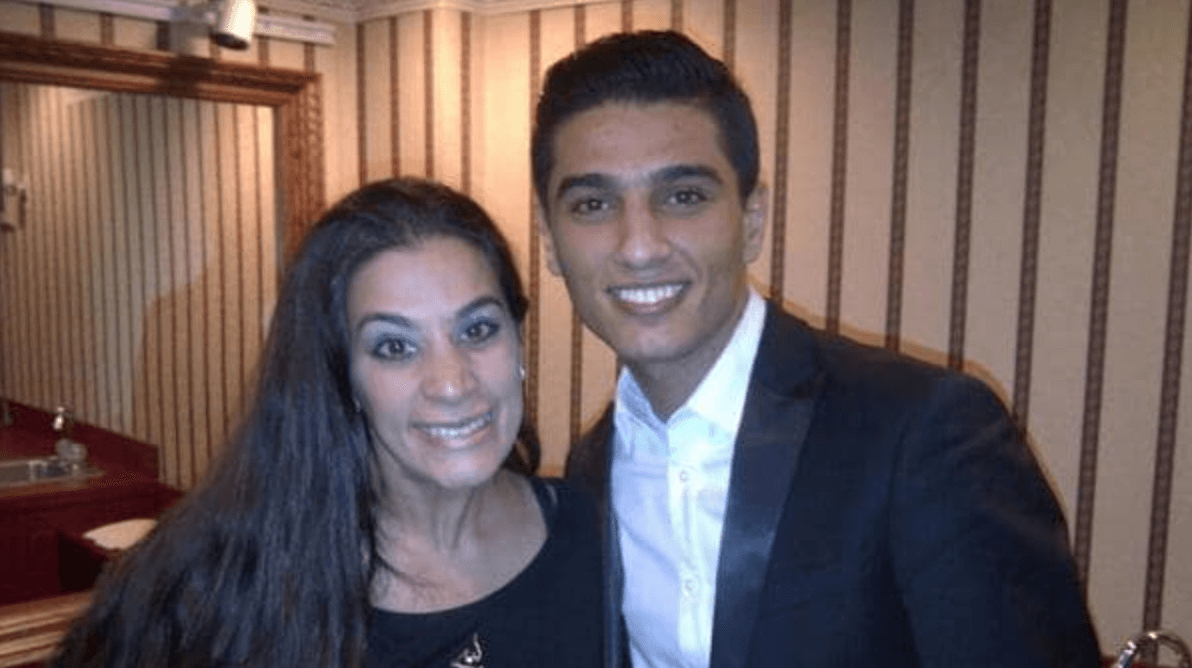 On Friday, November 15, I put on my favorite Palestinian-themed T-shirt and shimmied over to the Ritz Theatre in Elizabeth, New Jersey to witness Mohammed Assaf perform live. I first stumbled upon Assaf, dubbed the Rocket of Gaza, six months ago while watching clips of bad auditions for the second season of MBC’s Arab Idol. Out of the mess of hair gel and heinous voices, Assaf shined. I was mesmerized. He had that “it” factor. I never imagined that less than a year later this boy, who had to beg and bribe his wayout of Gaza, would be sitting next to me in the greenroom backstage at the 2,800-seat show he was headlining in the USA.

Mohammed Assaf’s meteoric rise to stardom reads like a movie script. Against all odds, the wedding singer from Gaza captured the world’s attention with his incredible voice and his swoon-inducing smile. On June 23, 2013, Assaf was crowned Arab Idol live on MBC. His winning moment was watched by millions around the world on jumbo-trons in Ramallah, Nazareth, Gaza City and on bar TVs, satellite feeds, and laptop screens throughout the world from London to Santiago to Hollywood. A star was born.

Assaf, who had been trapped in the Gaza Strip for years, is now free as a bird and on a world tour that has brought him to the shores of the USA. He kicked off his stateside appearances with the Arabian Nights Extravaganza XXVII at the Paris Grand Ballroom in Las Vegas. Folks flew in from all over the States to see their Arab Idol perform live. He has been compared to a young Frank Sinatra, Elvis, and even John Lennon but when you witness Mohammed Assaf singing live you know he is one of a kind.

The show I attended in New Jersey featured Assaf’s fellow Idol contestants, Ziad Khoury and Syrian songstress Farah Yousef, as opening acts. I was blown away by Farah’s ability to hit notes without auto tune. It had been many moons since I’ve heard a pop star do anything but lip-sync. Farah channeled Hollywood’s Golden Age as she rocked a full-length turquoise and blinding sparkles mermaid dress. When Yousef exited the stage rumbles of “Assaf! Assaf!” began. The chants grew louder before reaching an eardrum-piercing crescendo when the 2013 Arab Idol glided on stage.

Wearing a black tuxedo, minus the bow tie, Assaf couldn’t hide his inner wedding singer, and that was just fine by me. This is a man who knows how to work the crowd and does so with grace. Mohammed Assaf’s voice has been compared to that of the legendary Arab singer Abdel Halim Hafez, and he did not disappoint. I had seen Assaf on TV and bought his CD from the preteen peddlers at Qalandia checkpoint, but nothing I heard compared to what this songbird sounds like live. His voice is both massive and melodic. The crowd went wild and rushed the stage. Several female concertgoers’ eyes glazed over as visions of an arranged marriage with the Palestinian crooner danced in their heads. Mohammed was tossed so many keffiyehs that he could wear a different one every day until the Israeli-Palestinian conflict ends; basically for the rest of his life.

Saudi billionaire prince who? Mohammed Assaf is the Arab world’s most eligible bachelor. Mohammed didn’t miss a beat as he brought kids up on stage for photo ops, kissed babies, and gave high-fives. The highlight of the show was when Assaf was joined on stage by a lovely lady old enough to be his great-grandmother who free styled a traditional Palestinian chant that ended with a zaghareed, which translates in English to, “looloolooloolee.” Palestine’s native son had already charmed the crowd into a frenzy, but he stole their hearts with the reverence he showed to his temporary duet partner. Mohammed Assaf reminded folks of the Old Country in a different time when seniors were respected rather than discarded.

Concert attendees from Vegas, Chicago, DC, and New Jersey posted pictures of the Assaf experience on their Facebook pages, Instagram, and Twitter timelines. Status after status used the same word to describe him: humble. There are thousands of pictures on Assaf’s official Facebook page of him kissing babies as if he was running for president and many Palestinians wish he would. Mohammed Assaf is living the dream and living the dream can be overwhelming. While Assaf is beloved, like anyone else who has had a taste of fame, he also has his haters. He has been accused of selling out to everyone you can imagine and forgetting his roots.

I had the privilege of interviewing Mohammed Assaf before he took the stage at The Ritz. I am a huge fan and when I walked into the room my knees buckled, not because I have Cerebral Palsy, but because Assaf is movie star gorgeous. I have no idea how a boy who grew up in Gaza has such good teeth, but his smile could melt Dick Cheney’s heart. When I met Assaf, it was instantly clear that although he is young, he is far from naïve. This is his dream and he’s not about to let anyone highjack it or taint it.

In addition to being humble, Assaf is also extremely patient. I spoke to him moments before he went on stage, and he refused to rush me. He said the best part of the US tour was that the audiences at his shows were all ages. He was thrilled that this was a family event. I asked Assaf what his next dream was. He responded in Arabic, “I don’t want to be a one-hit wonder. I want staying power. I’d love to cross over and have more Americans come listen to my music and join my Palestinian family at my shows.”

Assaf then flashed that grin that made him a star overnight on Arab Idol and sweetly admitted that he also dreamed of going home to Palestine and just hanging out with his friends in Gaza like back in the day. The clock was ticking and it was time for him to take the stage, so I asked if I could get a picture because otherwise my mom would never believe that I actually met him. He obliged and as we stood for the picture my CP caused me to involuntarily tickle him. I told him I wasn’t being fresh and that I have a disability. He said, “Yes, I know. Thank you.” Any other performer five minutes before stepping on stage wouldn’t give me the time of day, but Assaf truly is as lovable and talented as they say.

Assaf’s tour continues through December as he zigzags across the USA with stops in Dallas, Houston, San Francisco, Portland, San Diego, Cleveland, Los Angeles, and Tampa before crossing the border to Canada. He will also be making a much anticipated appearance at the Palestinian International Day of Solidarity at the United Nations in New York City. We did not discuss politics because, although Mohammed Assaf is undoubtedly political, his music transcends the conflict. I wanted to give him the chance to just be an entertainer for once instead of a symbol. Mohammed Assaf is fully aware when he steps on stage into the bright lights that his friends and family in Gaza are descending into darkness as the fuel shortages and Israeli incursions continue. Forgetting where he came from is not an option. Belting out his greatest hit, “Raise the Keffiyeh,” and joined in song by an audience that knew it by heart, Mohammed Assaf transported every single inhabitant of the Ritz Theatre from New Jersey to Palestine. A Palestine that only exists in our minds because the reality on the ground is far from the magical place Mohammed Assaf paints for his audience. A reality superstar Assaf was lucky enough to survive and live to sing about.

PrevPreviousRadioactive Revelations Raise the Question: Who Killed Arafat?
NextHey-Hey, Ho-Ho, Mahmoud Abbas Has Got to GoNext
< See all of my posts