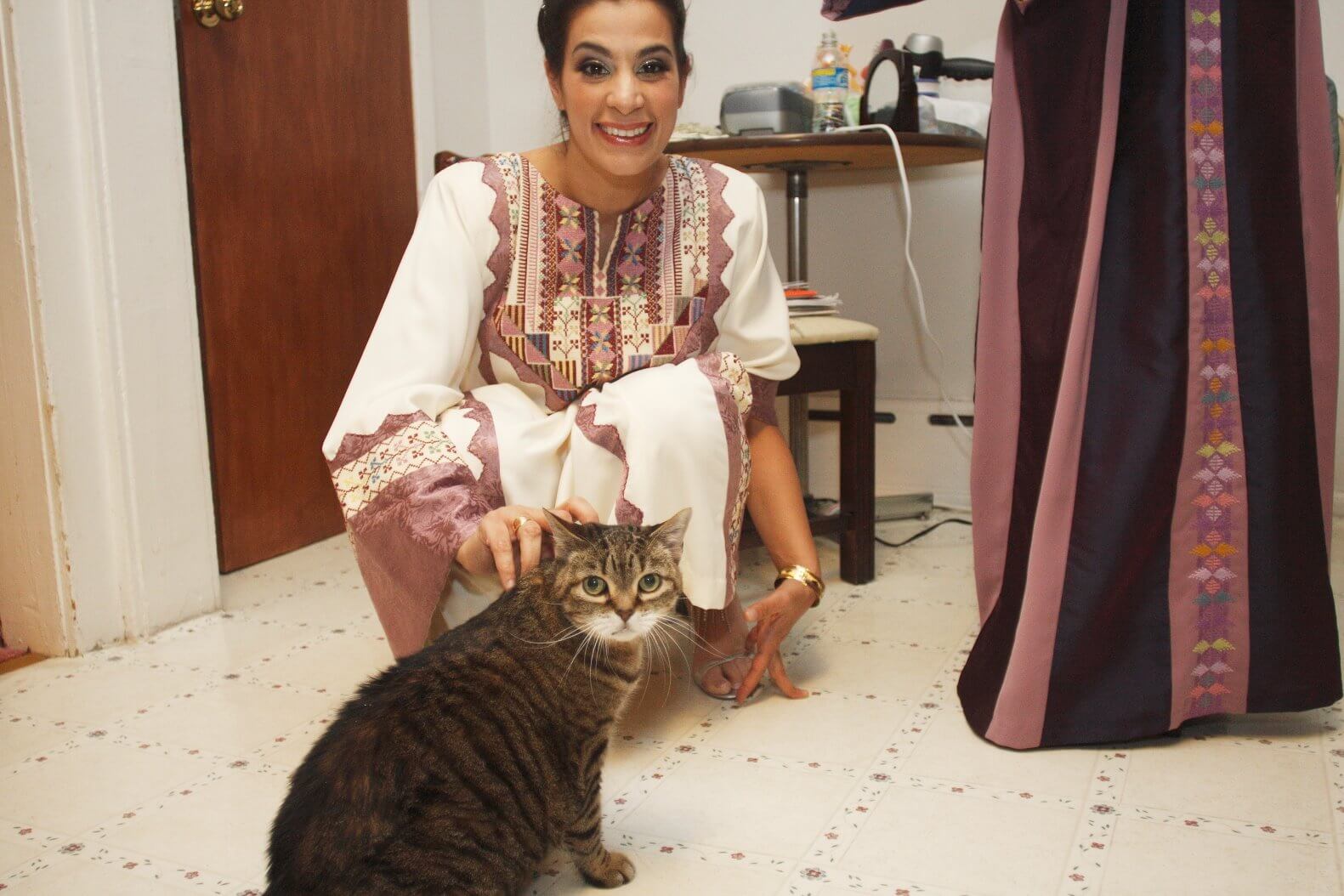 Before there was Beyonce, there was Tiger, Cherri, Sandy, and Lucy. Tiger, the cat pranced into our lives when I was seven. Her name was less than original but absolutely fitting. She looked like a tiny Tony the Tiger down to her big blue eyes. I do not know why my father brought home a cat for us, but he did and Tiger was a great cat. She didn’t scratch, she never had accidents, and six months after we got her she was shot dead by my neighbor.

This was not in Palestine. This was in Cliffside Park, New Jersey. Apparently, Tiger had a taste for strawberries. She was feasting on my neighbor’s crop when she was caught red-handed and blasted with a bb gun. She dragged her wounded body back home and my dad rushed her to the vet. The doctors couldn’t save her. My dad was as heart-broken as we were. He wanted to teach my neighbor a lesson so he seated his four bawling daughters on her doorstep and played ring and run.

To help ease the trauma of Tiger’s murder, we immediately got a new cat and named her Cherri. She was named after Cherri Valance, a character in The Outsiders. She too was a fabulous cat. I have had unbelievable luck in pets. I have friends whose best beasts are horrifying feral monsters that scratch, hiss and go to the potty wherever they damn please. Our cats were always decent animals. Cherri would walk up the block and wait for us to come home from school. She would sit in the middle of the dining room table surrounded by notebooks while my sisters and I did our homework. Cherri was a cool cat and one day she disappeared.

We posted posters on every pole in Cliffside Park offering a substantial one-thousand dollar reward for her return; but the cat never came back. My sisters and I took to badmouthing our missing pet. Fifi believed that Cherri was a CIA agent and that once she had gotten all the dirt she needed on us she left for her next mission. I remember listening to Fifi’s theory at the dining room table and thinking it could totally be possible. I grew up in a Palestinian household in an Italian Mafioso New Jersey suburb, so the idea that my cat could be a rat was totally plausible.

My sister, Hanan was less of a conspiracy theorist and more of a slut-shamer. Her theory was that Cherri had runoff with some Tom cat. She called her a skank and a whore and one day my poor father just couldn’t take it anymore. He burst into tears at the dining room table and said, “She was a good cat, Goddammit! She got runned over by a car.” My father had wanted to spare us the trauma of another dead pet, even though it had been seven years since Tiger’s brutal murder. Our grief had traumatized him and when he found our perished pet lying in the road, he hid her body to spare us the pain. We all learned a very important lesson that day. Nothing you do can make loss more bearable. You have to deal with it head on, just like the car that hit Cherri.

Soon after Cherri came Sandy, named for the lead character in the musical Grease. After years of being an exceptional member of the family, she succumbed to the same fate as Cherry and was run over on Christmas Eve, my senior year in high school. I decided that day that no cat of mine would ever leave the house again.

I adopted Lucy my senior year of college at Arizona State University. I had moved out of the dorms and could finally get a cat even though the apartment complex I was renting in strictly forbade it. She was going to be an indoor cat so no one would ever know. Lucy was special, and by special I mean like me, short bus special. Her owners prior to me thought it would be fun to toss her out the window so that they could test the theory of cats always landing on all fours. Lucy landed on her head and in a shelter, where I found her. It was love at first sight. I flew back to New Jersey with Lucy sedated under the seat in front of me. When I walked into the house carrying her, my mother threw a slipper at us, but they soon became best friends.

Lucy was a superhuman kitty. She survived every one of my nieces and nephews. She never fought back as they yanked her, pet her, and fell down on top of her. She would just meow calmly which was her way of saying, “Kindly get the fuck off me.”  When I became a touring comic, I always said goodbye to Lucy last and hugged her first when I got home. Lucy was an alarm clock and a life saver. When my sister Lamiah was diagnosed with brain cancer and living back at home, Lucy would stand guard over her as she slept. One night Lamiah had a seizure. Lucy ran upstairs and started banging her body against my mother’s door, waking her up and leading her back to Lamiah. She was extraordinary, but despite my best efforts I could not save her.

Lucy died in my arms at the age of seventeen. We were lying on the couch and she just fell asleep. She spared me the awful decision of whether to let her live or die, by going peacefully into the night. I have never been more heartbroken. I have lost friends, family, and other pets, but Lucy was my child. Unlike my other cats, there was no replacing her. I couldn’t imagine any other animal coming close to being that magical and I knew I would resent them for not running to the door to meet me when I screamed, “Hey Lucy, I home!” There would never be another Lucy, so as far as I was concerned, I would never have another pet. I simply couldn’t bear the thought of having to yet again outlive something I loved so dearly. I would soon realize that the greatest lesson Lucy taught me was that part of growing up is outliving the people we love the most. Enter Beyonce.